You can type something different in the search box to get some results.

No Table of Contents

Place of Arrest
In front of the State Security Prosecution Premises

Was S/he trialed?
No

She was arrested by the National Security Force upon her exit from the State Security Prosecution headquarters in Cairo, where she attended investigations in her capacity as a lawyer with a number of those who were arrested during the September 2019 demonstrations. She was brought before the prosecution, which accused her under Case 488 of 2019. Since her arrest on September 22, 2019, her detention has been repeatedly renewed. Recently, she was charged in connection with a new case 588 of 2020. Mahienour was released on July 18, 2021 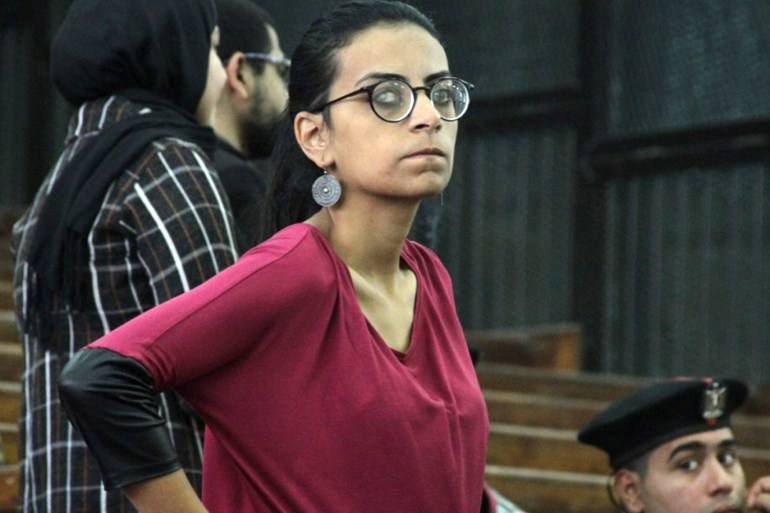 References are parts of this document related with other documents and entities.